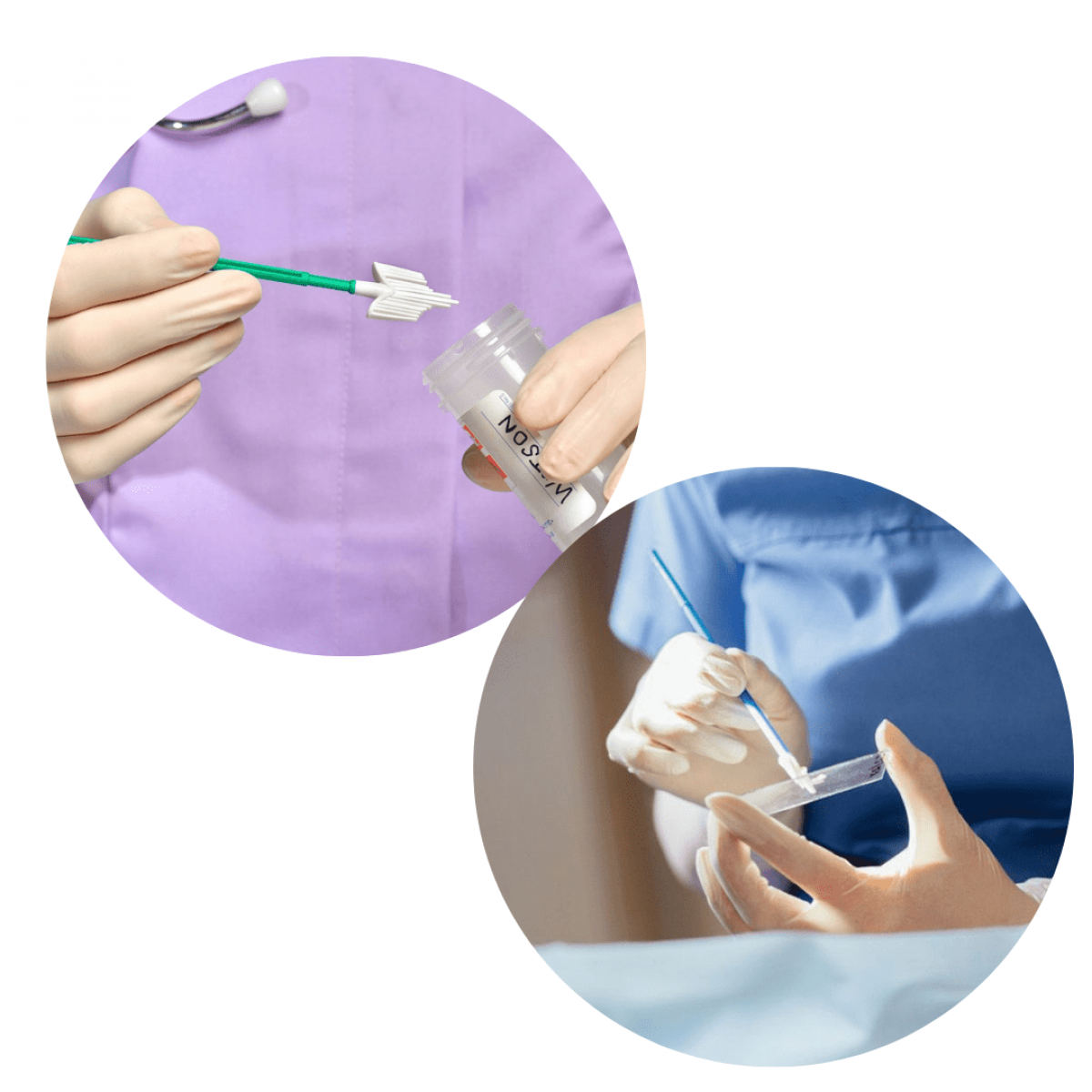 Liquid-based cervical cytology was developed to improve the diagnostic reliability of Papanicolaou (Pap) smears. Two methods are used for cervical cytology. The first one is the conventional Papanicolaou (PAP) smear and the second one is liquid-based cytology (LBC). Therefore, in this study, we compared the diagnostic utility of these two techniques for detecting cervical epithelial lesions.

Liquid-based cervical cytology was developed to improve the diagnostic reliability of Papanicolaou (Pap) smears. Conventional Pap smears can have false-negative and false-positive results because of inadequate sampling and slide preparation, and errors in laboratory detection and interpretation. However, liquid-based cytology rinses cervical cells in preservatives so that blood and other potentially obscuring material can be separated. It also allows for additional testing of the sample, such as for human papillomavirus (HPV).

In the study conducted, it was documented that the disease detection rate for squamous epithelial abnormalities was significantly higher using LBC than the conventional PAP smear. In addition, LBC has several other advantages over PAP smear as the material can be used in molecular studies, such as the detection of hrHPV. Moreover, in the long run, LBC is also cost-effective in mass cervical cancer screening, as LBC is needed less frequently than the conventional PAP smear. Therefore, we recommend the widespread use of LBC for cervical cancer screening in the population. A comparison of smears prepared using LBC and conventional PAP smear is shown in the figure.

Comparison of conventional PAP smear and LBC for cervical cytology:

Several types of examinations have their advantages and disadvantages. Here are the differences between LBC and Pap Smear:

1. The sampling device is sterile, specially packaged it safe for the patient, and designed to take samples

of both endo and ectocervical at the same time